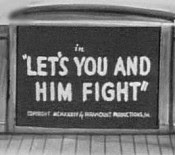 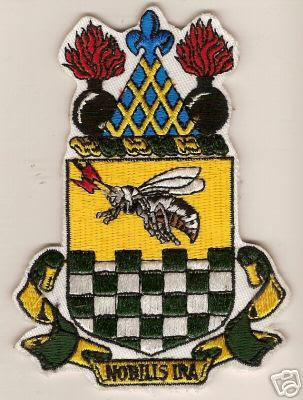 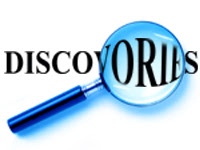 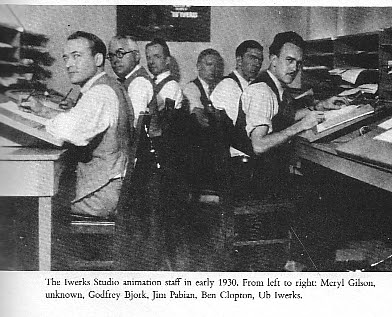 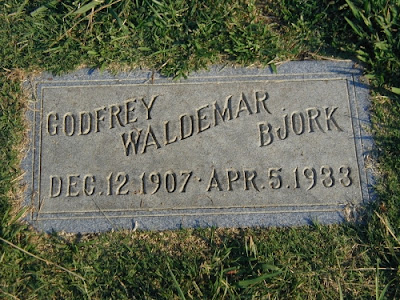 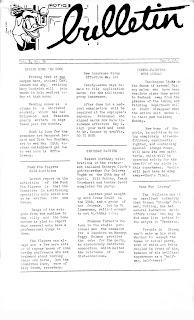 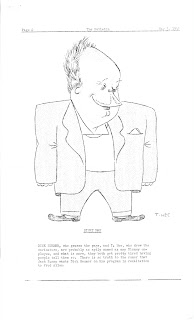 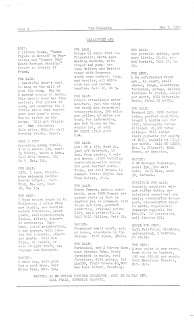 Along with stories about birthdays and weddings being celebrated, an insight on a studio in transition; a note about the Ink & Paint Department moving from Hyperion to Burbank -- with a good humored shot aimed at Woolie Reitherman. There's also a funny note about editor Norman Palmer and his previously unknown contribution to Fantasia (somebody should update his IMDB listing!)

Page two contains the classic caricature of Dick Huemer by T. Hee. The last page is full of classifieds -- almost idyllic from a perspective of 67 years later!
Posted by Joe Campana at 8:00 AM 4 comments: